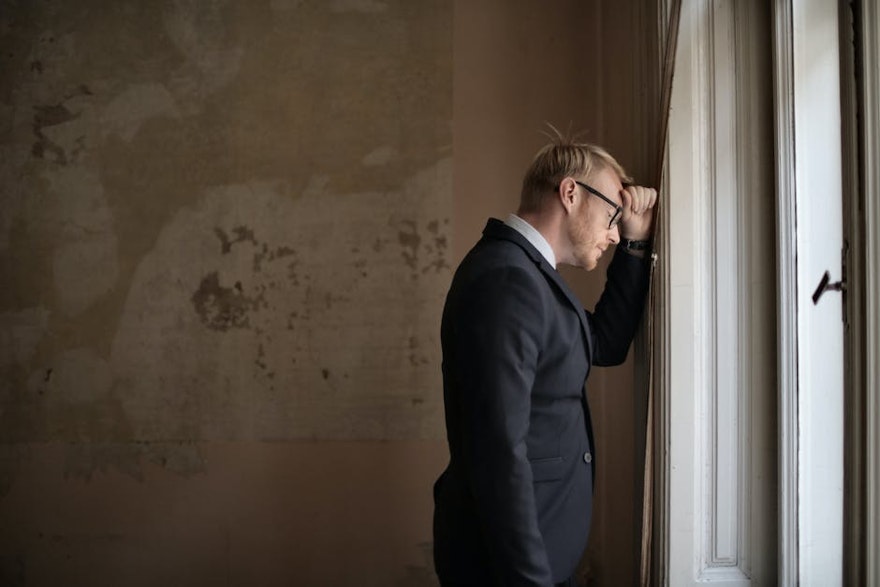 The lives of 300 people are in your hands.

You're a doctor dealing with a myserious epidemic. A treatment is available, but it's risky. If you use it, 70% of the patients will live. Do you try it?

You're a doctor dealing with a myserious epidemic. A treatment is available, but it's risky. If you use it, 30% of the patients will die. Do you try it?

Rationally, these two questions are the same: the same number of patients survives in each. Still, the questions probably felt different. The reason is the way they are framed: the first talks about lives saved, and the second talks about lives lost.

This is loss aversion at work. It's a cognitive bias in all our thinking, and it could be affecting decisions you make every day.

Classical economics looks at people as rational actors. Basically, the rational model assumes people are pretty good at making the right, or rational, decision for themselves. More specifically, it assumes that the description of a situation should not influence our decisions.

But, while that assumption makes things more convenient for theorists, that is not how people actually think. Instead of rationally evaluating every situation, we rely on heuristics, or general rules-of-thumb, to make decisions. That decreases the mental effort decisions require.

Luckily, these heuristics work fine in most situations. But in certain cases, they can lead to consistent errors. As Dan Ariely puts it in his book of the same title, we are all Predictably Irrational: we make the same mistakes, in the same ways, over and over.

So, economics needed to expand to include these irrational decisions. Enter behavioral economics, which considers how people actually think with heuristics instead of assuming we are all perfectly rational. Loss aversion is one, and perhaps the most important, of those heuristics.

The first people to really discuss loss aversion were two pioneers of behavioral economics: Daniel Kahneman and Amos Tversky. In a series of papers starting in the late 1970s, they looked at how people make decisions in moments of uncertainty.

They noticed that when considering gambles, people typically think in terms of gains and losses, rather than absolute states of wealth. Imagine you have $1,000 and want to buy $10 of stock that could one day be worth $110, or could lose all its value. Instead of comparing a big chance of $990 with a small chance of $1,100, we tend to think in terms of losing $10 and gaining $100.

The problem is we hate losing more than we like winning. In other words, the joy of finding $20 is not equal to the dismay of losing $20. Because of this loss aversion, we take fewer risks than we rationally should. We are risk-averse. For the same reason, we usually prefer a smaller sure thing over a bigger gamble because a sure thing eliminates the possibility of a loss.

Because people hate losing, they also become risk-seekers when facing a guaranteed loss: we'll risk worse odds if it means we could eliminate our losses. This is why people go double-or-nothing, or why people buy insurance (it guarantees small loss to prevent a much bigger one).

Contrary to classical economics, our decisions change depending on how a problem is described. In other words, by framing the outcome differently, as either a gain or a loss, you can change what you or someone else chooses.

Harvard medical school tried this exact experiment on loss aversion with actual physicians. The experimenters presented two cancer treatments, surgery and radiation. They described the treatments using either the percent of patients who survived, or the percentage of patients who died. The physicians were more likely to choose the treatment that was described in terms of survival, regardless of which treatment it was.

Because of loss aversion, we also become more attached to things we already have, or to the status quo generally. This is the endowment effect: we overvalue things we own regardless of their objective market value.

When we imagine selling something, we focus more on what we'll lose by selling it instead of what we'll gain. It does not even matter if we've been given the object at random. People form attachments almost instantly.

This can actually create serious problems in markets because buyers and sellers evaluate objects differently. Sellers expect buyers to see objects as the sellers do, and so overvalue the objects for sale.

Psychologically, it also causes people to stagnate and procrastinate. When making decisions, we think of the advantages and disadvantages of action as gains and losses, respectively. Because losses loom larger, we emphasize the disadvantages, and so don't take any action. We overvalue the situation we already have.

What to Do About It

If your goal is to act rationally, you'll need to do something to address your bias toward loss aversion. Lucky for you, you've already completed the first step: you cannot address one of your cognitive biases until you're aware of it. Now you're aware of it.

The next thing you can do is shift the context so you're less likely to use heuristics in the first place. People generally use heuristics as a way to reduce cognitive effort--basically, so we don't have to think so hard. Just by putting in more cognitive effort, you are less likely to be swayed by loss aversion. Part of that is giving yourself the time to think through choices fully, rather than making snap decisions.

The simplest way to apply more cognitive effort is to change the way you frame a problem. By using the same standard to evaluate versions of the same problem, you eliminate loss aversion. For instance, in the medical example above, both treatments should be evaluated in terms of survival or death. Then, framing will not affect the decision.

Likewise, if you can, think of any possible outcomes in terms of an absolute position rather than gains or losses. For instance, in that stock example, loss aversion won't be a factor if you compare a chance of $990 against a chance of $1,100, rather than a loss of $10 versus a gain of $100.

The final frame change is shifting how you think about losses. If you're buying a $5 raffle ticket, instead of thinking of that $5 as a loss, think of it as a payment for participating. We don't think about negative outcomes the same way when they are framed as costs rather than losses.

How to Use Loss Aversion Yourself

Of course, you might want to leverage loss aversion to motivate yourself or to persuade other people.

For instance, imagine you own a coffee shop and you want to encourage people to use their own mugs by charging them less if they bring one from home. You have two choices for setting prices:

Customers are more likely to ignore a discount than they are to accept a surcharge. So, if you want people to bring mugs, you're better off with Option 2. The important thing is the reference point.

You can use loss aversion on yourself with the same trick. When making decisions, pick a frame of reference that will motivate you. For instance, use your future-self as the point of reference. Then if you don't act, you lose that future self, and losses are motivating.

It's the same logic behind alarm clocks that give away money. The aversion to losing money outweighs the gain of more sleep, so you're motivated to get up.

Basically, the clock is your accountability partner: it adds stakes to your decision to turn intangible goals into tangible losses. Those guaranteed losses will make you more productive.

But the Losses Must Be Ironclad

Using loss aversion for motivation works, so long as you cannot renege on the stakes. When no one else is holding you accountable, it's too easy to back out after the fact.

To really leverage the power of loss aversion, you need someone by your side to force you to keep your promises. You need someone to make sure there is no way you can avoid the losses when you drop the ball.

Find out how to choose the right person to help you stick to your goals. Pick the right losses and get someone to keep you on track and you can motivate yourself to do almost anything.